Start Your Engines: #SaveTheCrew Versus PSV Moving Towards Hearing 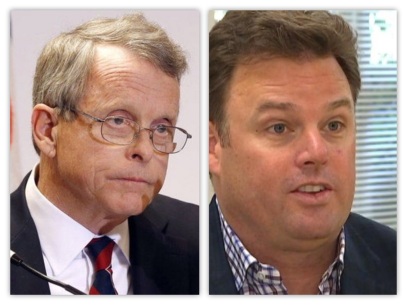 Ohio Attorney General Mike DeWine appeared on Counter Attack with Brian Dunseth and Tony Meola Thursday to discuss the lawsuit filed by the City of Columbus and the State of Ohio to preclude the Columbus Crew (PSV) from relocating, presumably to Austin, Texas. It was an interesting interview, and kudos to Brian and Tony for asking some very probing questions.

In light of this interview, and the information coming from PSV, it’s clear to me that this case is about to ramp up very quickly. Let’s dig in.

1. DeWine stated that he felt the timing to file this suit was “ripe” on Monday.

As I discussed in my earlier post, the first hurdle that DeWine may face is a motion from PSV/MLS to dismiss this case, on the grounds that the matter is not “ripe” for a suit. After all, PSV/MLS haven’t even technically violated the statute (this assumes they think the statute applies to them, which they don’t) yet, if you read the plain language of the statute regarding the timing requirement of “not less than six months.”

Again, I find it EXTREMELY unlikely that a motion to dismiss for lack of ripeness prevails. Without getting into the legal intricacies of the ripeness issues, it’s hard for me to believe that a court would find that the previous statements by PSV, and their open (some may say “brazen”) flirtation with Austin to move there for the 2019 season don’t show intent to move there. In fact, comments made Anthony Precourt himself, at nearly the same time DeWine was on the air with Counter Attack, really cut against any claim that PSV could make on this issue. I mean, what else could you need to hear that PSV is planning to move for the 2019 season?

There is now reporting that the Austin City Council is putting the matter for consideration at a date in April. I just find it impossible to believe the court would not consider PSV’s move essentially inevitable at this point from a legal perspective, which would likely overcome the ripeness issue, even if the six month provision isn’t quite yet here, and PSV hasn’t officially “announced” a move.

2.  DeWine indicates that a hearing to obtain an preliminary injunction will be set, “soon” if they haven’t set it already.

Also as previously noted, DeWine MUST obtain a preliminary injunction, if they want to prevent the move in advance of 2019. There are a couple of issues here: DeWine must show that they are more likely than not to succeed on the ultimate merits (trial), and that the harm they suffer is irreparable. Both issues will be interesting. Typically, courts believe that monetary damages suffice, but obviously the loss of a team can’t really be compensated for with money, especially if it’s unlikely they’ll be able to obtain a replacement team (which is likely the case here).

One potential argument: since the funds weren’t expended on the stadium facility itself (which was paid for privately), will PSV argue that reimbursing the City for the funds they paid on surrounding infrastructure (around $10 million) is an appropriate remedy, as opposed to keeping the team from moving? Will the city argue that the additional subsidies provided (below market leases) make those damages more difficult to calculate? A finding that the City could be compensated with money could make it tough to get an injunction to prevent the team from leaving.

3. DeWine also stated he has sources that say that there is local ownership that will purchase the team, but that Precourt hasn’t been interested in engaging.

This isn’t particularly surprising, given Precourt’s behavior in this case. PSV hasn’t really seemed interested at all in engaging the local community in keeping the Crew in Columbus. This has to be particularly galling, in light of the fact that Precourt is looking at the McKalla Place site, which doesn’t appear to be any different from places that have been suggested to Precourt in Columbus, at least relative to distance from downtown.

As to those local ownership groups wanting to buy the team, they haven’t been disclosed as of yet, so it’s difficult to assess what this means exactly. I can’t imagine Precourt wants to share ownership. In fact, it doesn’t seem like he even wants to sell. It sounds like he wants to move (unless Columbus offers a free stadium in the heart of downtown Columbus), so this is a battle that is going to have to be fought in court.

4. DeWine acknowledges that the statute hasn’t been tested.

Again, this is very important. DeWine did not try to say that he knows for sure that this law will stand up to legal scrutiny. He specifically said that the law is presumed to be legal in Ohio, but that presumption can be rebutted. That makes sense obviously; there have been any number of laws passed through our history that have been later overturned on constitutional or technical grounds. It could even be because people later realized the law was bad or had unintended consequences, and they just changed their minds. DeWine expects PSV to challenge the validity of the law, which also almost goes without saying.