Skip to content
All’s Quiet on the #SaveTheCrew Front
Lawsuits

All’s Quiet on the #SaveTheCrew Front

This is a bit unexpected, though maybe not completely surprising. And things will probably change right as I publish this. Ohio Attorney General Mike DeWine said on Counter Attack last […] 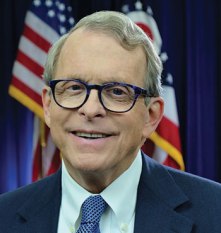 This is a bit unexpected, though maybe not completely surprising. And things will probably change right as I publish this. Ohio Attorney General Mike DeWine said on Counter Attack last week, that not only was he seeking a preliminary injunction to prevent the move of the Columbus Crew to Austin, but also that a hearing either was in the process of being scheduled, or would be “soon.” That was on March 8, and as of yet, no hearing has been set.

This *probably* has something to do with the fact that we do not yet have a commitment from Precourt Sports Ventures (PSV) to officially move the team, nor are we especially close to the six-month deadline as outlined in the statute. Well, depending on how one calculates that deadline. One interesting thing which speaks to the vagueness of the statute: Since the “six-month” provision speaks to providing notice of intention to cease playing in the local facility, couldn’t PSV argue that deadline isn’t until as late as September 1, 2018, give or take? The 2019 MLS regular season probably starts March 1, which happens to be a Saturday.

If that’s the arguable deadline to comply with the statute, without an agreement with Austin, PSV is likely to argue that filing for a preliminary injunction in March 2018 is very premature, and they’d may have a good case. Now, if they sign some sort of memorandum of understanding with Austin before September, that probably eliminates any issue of ripeness, since the move at that point is inevitable. But I wouldn’t be shocked if PSV waits until September.

Maybe Columbus argues that the date is six-months before the end of the MLS “year,” which would presumably be MLS Cup, which I’m guessing is December 8 this year. That would put the six-month statutory deadline at around June 12 or so. Or maybe December 31, which puts that deadline at the beginning of July. However, it’s probably in PSV’s interest to stretch out that deadline as late as possible, since as soon as he announces the move, attendance at Columbus probably nosedives, and Anthony Precourt will probably look to pocket as much cash as he can.

DeWine mentioned on Counter Attack that they felt the timing was right to file the lawsuit, given everything going on. With the City of Austin preparing to do an study to measure impacts of a stadium at McKalla Place, it would seem to me the timing is also right to file for the injunction. But there is nothing set in stone at this point, and that does make the timing a bit tricky for the City of Columbus.