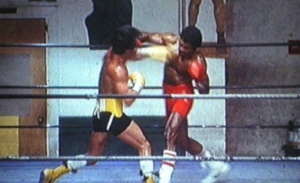 No rest for the weary. On the heels of PSV/MLS finally filing their motion to dismiss, comes news from the plaintiffs who have filed several motions with the court. No word if these documents were leaked to a newspaper in Seattle. A quick summary:

Plaintiffs had previously sent PSV/MLS interrogatories and requests for production, which you can read about in the link. The deadline for return of those documents has now passed, which means that technically, PSV/MLS are in noncompliance. The next step for the plaintiffs is to file a motion to compel discovery (which has been done). Which basically (if granted) will force PSV/MLS to turn over the information requested. If they don’t there are any number of remedies available (usually financial, and usually harsh).

Related, PSV/MLS had filed a motion to stay discovery (again, you can read about it in the link). If granted, the order would give PSV/MLS additional time to respond, likely until after the motion to dismiss is granted. Given that the parties are unable to agree on an extension (and I doubt the parties will be agreeing to much of anything after the stunt PSV/MLS pulled last night), the court will have to rule on this issue. It is important for the plaintiffs to receive discovery, in the context of a potential sale of the team to local buyers and complying with the Modell law. On that note…

Depending on when “notice” was given, the six-month period outlined in the statute is either up, about to be up, or will be up by September. In any of those scenarios, the plaintiffs would require information to properly assess the value of the team for a potential sale. If PSV/MLS do not provide it (or it is believed to be insufficient), it obviously makes it difficult to make a proper valuation with the six-month clock running. Thus, the motion to toll will allow a hold to be put on the six-month clock until PSV/MLS complies with the discovery request.

There is a quick primer on what we’re dealing with here. I may update assuming I have a chance to actually look at the brief.