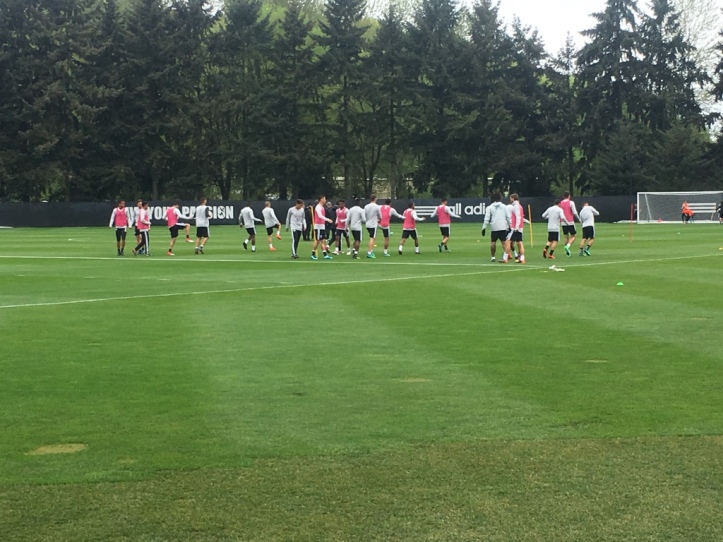 Note: This is becoming something of a weekly feature I suppose. I’ll make it a goal to get out once per week, but no promises.

A decidedly more overcast day than the last two days here in the Seattle area, as I made my way out Starfire in Tukwila to watch the Sounders practice. A big group was out there, but there were some notable absences. The early parts of the scrimmage seemed to be dedicated to focusing on defending. The good news was that Harry Shipp made his way back to the practice field. He wasn’t involved in training full on, but he was off to the side working out. Good to see him back on the field.

A couple of notable absences: Chad Marshall and Victor Rodriguez were nowhere to be seen. I don’t have any additional information on that; could be just getting a rest before taking the trip to LA tomorrow. Apropos of Marshall not being there, Svensson was out there training in full, and looked to be playing center back. If Marshall is indeed out, guessing he gets the start there.

The practice itself was lively, and the players looked to be getting their work in while having a bit of fun as well. From what I observed Alex Roldan hasn’t done anything in training to make me think we won’t see him out there on Sunday versus LAFC. He had a VERY nice goal during the scrimmage, finishing a one-time volley on a deep pass (I missed who passed it to him) past Frei. Obviously I’m not part of the coaching staff, but take that for what it’s worth. 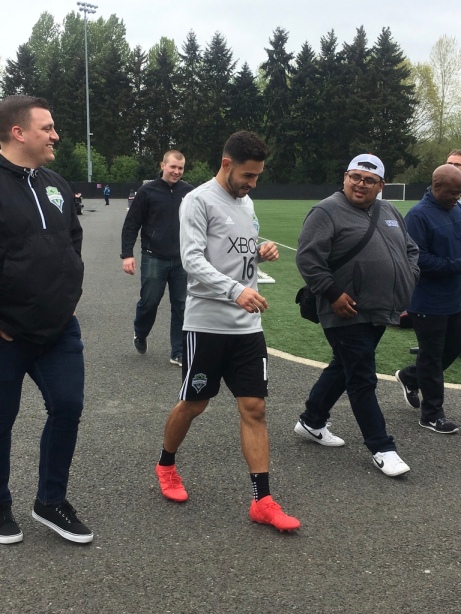 Waylon Francis doesn’t look to be particularly close at this point, though he was out there for the beginning parts of practice. Sam Rodgers continues to train with the first team. He was fully involved, though I have no idea if that means he is on the verge of signing. Kim Kee Hee was involved in training at the beginning, and then running, presumably to get fitness back. Also, poor Christian…he isn’t very good at recording promos, though Lamar Neagle didn’t help matters.

Well that’s it from this time around. As I said, I’ll try to get out once per week if possible. 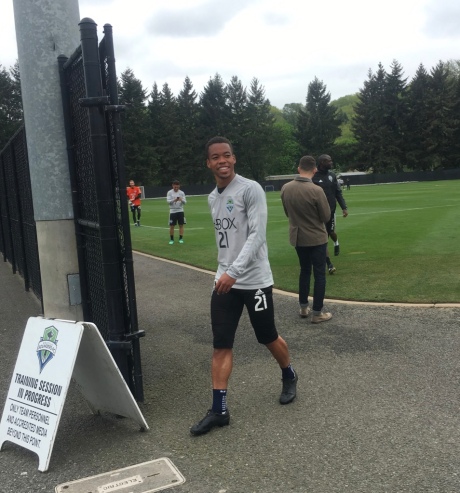