The Sounders returned to the practice field after three days off, and it’s certainly fair to say that this bye week couldn’t come at a better time. Injuries and […]

The Sounders returned to the practice field after three days off, and it’s certainly fair to say that this bye week couldn’t come at a better time. Injuries and absences left the team with just enough players to do some seven-sided drills. I would have offered to be a body, but I injured myself last night (how isn’t important, as it’s embarrassing).

The good news was that Kim Kee Hee, NouHou, and Waylon Francis were all out on the field training in full. So whatever issues there were/are with the latter two seem to have been resolved.

Other good news is that Ozzie and Victor Rodriguez are continuing on their recovery track. Brian Schmetzer (we’ll get to him in a minute) indicated they are making progress; on Ozzie, he injured his other quad, so at least it’s not a re-aggravation.

So…let’s get to the interview by the Coach. Schmetzer first confirmed that Will Bruin has indeed suffered an injury of his plantar fascia. He indicated the severity was “weeks, not days.” While he is holding out hope that Bruin will be available for the game versus Real Salt Lake, he implied that it would be something of a minor miracle if he were to return. Additionally, Roman Torres is recovering in Colombia in preparation for trying to make the World Cup for Panama. Nico is still dealing with a broken toe, and is in Uruguay trying to make his World Cup squad. Finally, Gustav Svensson is back in Sweden preparing for his World Cup campaign. Svensson is locked in, having made Sweden’s 23-man roster, so he’ll be angling, as Schmetzer said, to make the starting XI. 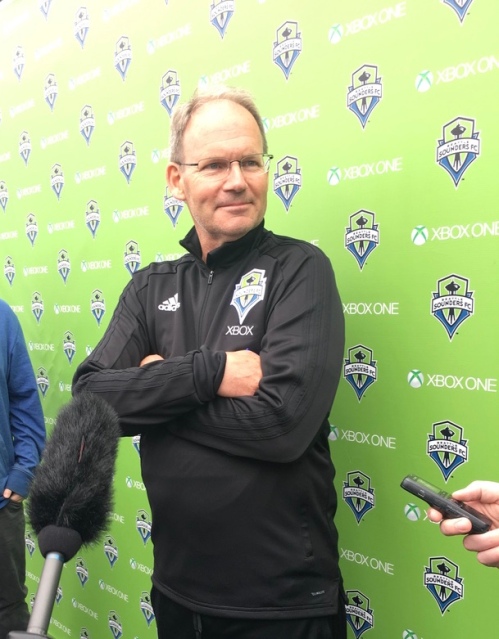 With the transfer window closed, the Sounders are extremely short-handed and as Schmetzer said, will have to rely on the group that is there for basically the next six weeks. Buckle up.

Aside from that, it was a relatively short practice, with players getting back in the swing of things after having three days off. Spirits were good under the circumstances. As I said, this bye week couldn’t have come at a better time. 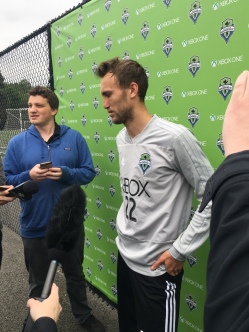 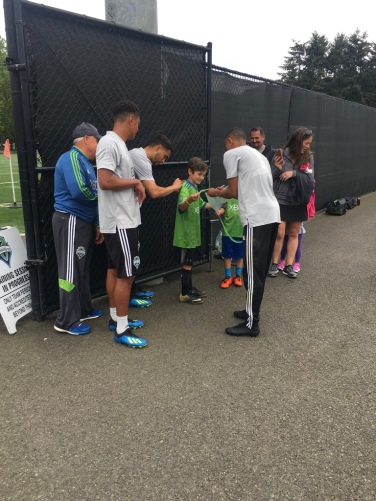