It was a spirited and intense practice today, as the Sounders prepare for their visit to Real Salt Lake. You can feel there is some frustration with the recent results and the current standing of the team; there weren’t too many smiles throughout the training session as the side gets ready to try to avenge the home loss last weekend.

The Sounders’ injured players continue to make progress towards returning to the field, as both Will Bruin and Victor Rodriguez were involved in training for the second consecutive day. It is definitely looking more optimistic that both will be involved in some capacity this weekend. 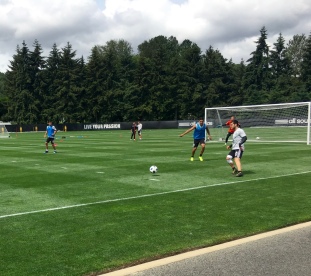 The other bright spot is that Jordan Morris continues to make progress from his ACL injury. He was out jogging and doing some other exercises, and generally looks to be on track for a return next year.

No word yet on the prognosis for Handwalla Bwana, but by all indications, the news isn’t good. We should hopefully get an update on that tomorrow.

Christian Roldan noted in his interview that it was a combined decision that led him to remain with the Sounders, while the USMNT participates in friendlies here and overseas, saying that being down yet another person was something the Sounders couldn’t really afford at this time. You could tell the Sounders current form is weighing on him a bit, so we’ll see how the team is able to respond. They could be getting an unexpected boost, if reports out of Uruguay are accurate. In any case, having Bruin and Rodriguez available this weekend seems to be increasingly likely, at least in some capacity. Fingers crossed. 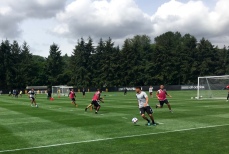 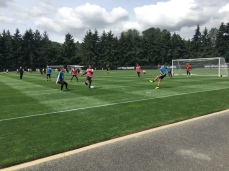