Skip to content
PSV/MLS File Appeal Brief Contesting Lower-Court Order; But Will They Get to Argue it?
Lawsuits

PSV/MLS File Appeal Brief Contesting Lower-Court Order; But Will They Get to Argue it?

By way of a procedural quirk, we’ve had a number of briefings by both parties on the same case, arguing different things. When PSV/MLS gave notice of their intent to […] 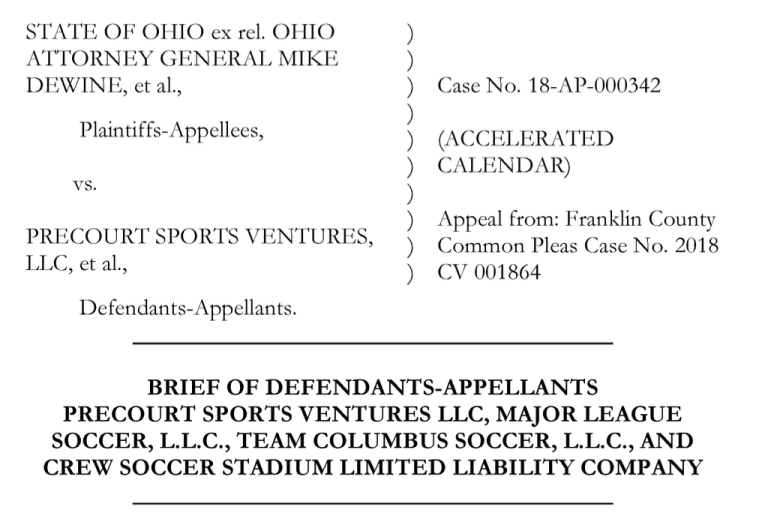 By way of a procedural quirk, we’ve had a number of briefings by both parties on the same case, arguing different things. When PSV/MLS gave notice of their intent to appeal the lower court Order, the City of Columbus and State of Ohio almost immediately filed a motion to dismiss on a number of procedural grounds. I’ve gone over those in-depth, but the basic reason is that (from the plaintiffs’ point of view), PSV/MLS do not have the ability to appeal the order. Based on local rule requirements however, PSV/MLS were required to submit their brief to support the appeal, even though if the motion to dismiss is granted, they won’t get the chance to argue it. At least not right now.

We’re expected to get an answer on the motion to dismiss this week (hopefully), so I am going to hold off on doing a deep dive on this brief. However, I’ve uploaded the brief so those who want to take a look at it can do so. My initial thoughts are that you should all go read my previous analysis on the motion to dismiss, as many of the issues raised here are covered there.

The other thing to note is that PSV/MLS are asking the appeals court to make findings regarding the constitutionality of the Modell law that haven’t been adjudicated by the lower court.

Which is…not how things work. But as I said, I’m going to hold off on this analysis until after we get a ruling on the motion to dismiss.