The “World Cup Break” is officially over, with the team back on the field after having a bit of extended time off. It seems like most of the players enjoyed […]

The “World Cup Break” is officially over, with the team back on the field after having a bit of extended time off. It seems like most of the players enjoyed watching some World Cup action on their down time, and otherwise getting away from things for a few days. However if the comments of Christian Roldan are representative of the team, the loss at New York is still lingering on their minds.

Injuries still remain a concern, as Kelvin Leerdam, Lamar Neagle and Felix Chenkam were out on the field, though not in training. According to Coach Schmetzer, all three are still a ways away from returning.

The good news is that with the extended time off and a full week of training ahead, the team should be at relative full strength for Chicago this weekend. Coach Schmetzer, safe to say, is looking forward to having the next couple of games at home, and noted the importance of getting results to improve the confidence of the team. 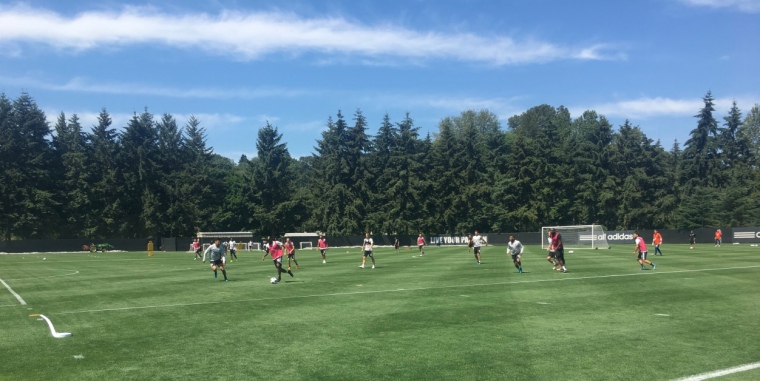 Beyond that, it was a fairly routine return to practice, which frankly is probably a good thing. Most everyone who was healthy was out at practice. Oh, Coach Schmetzer was able to watch a bit of the Sounders participating in World Cup games, as well as the Peru game for no reason in particular (*cough*). He didn’t have any updates on any potential signings; I’m sure we’ll be the first to know. 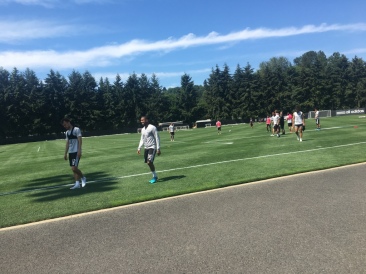 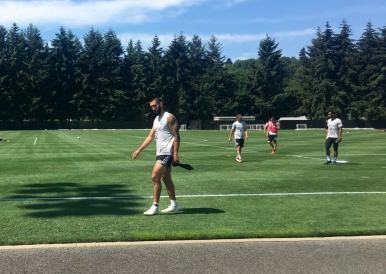