Back from a 5/9 (shameless plug) point road trip, the Sounders got back out on the practice field to prepare for a Cascadia clash with Vancouver this weekend. While the team is happy to get back home on an undefeated streak, they know that a win this weekend is absolutely necessary.

Designated Player Raúl Ruidíaz was full-in at training, though this was a somewhat light practice, being the first one back after a road trip. Pretty much all of the starters were inside doing work, so there wasn’t a full team out practicing.

The most interesting thing occurred during Brian Schmetzer’s post-practice scrum, when I asked him about the complaints from Atlanta fans about the alleged refusal of the Sounders to “attack” Atlanta in the game this week, and general complaints about the Sounders bunkering. Schmetzer was obviously feeling a little feisty (mischievous?) in his response (h/t Matt Pentz):

This has already made for an interesting debate online between the two biggest fan-bases in MLS, and that figures to continue for another couple of days.

Beyond that, Schmetzer said he is looking forward to getting a full-strength squad back (with the exception of Jordan Morris, who he reiterated is going to be out for the foreseeable future), and having additional choices.

Gustav Svensson also spoke at length about his World Cup experience, and admitted that he is “emotionally empty” after Sweden’s run, and that he’ll need to find the motivation to get back into the swing of MLS life, but that he is a professional, and it’s his job to do so. It was a very raw and honest response to the questions about coming back to the Sounders after what was obviously an exhilarating (and emotionally exhausting) run in Russia.

Speaking of honest, Kelvin Leerdam also admitted that his hamstring isn’t 100%, but that he’ll work through it. For the Sounders’ sake, hopefully he’ll be ready to go this weekend, with Jordan McCrary suspended. 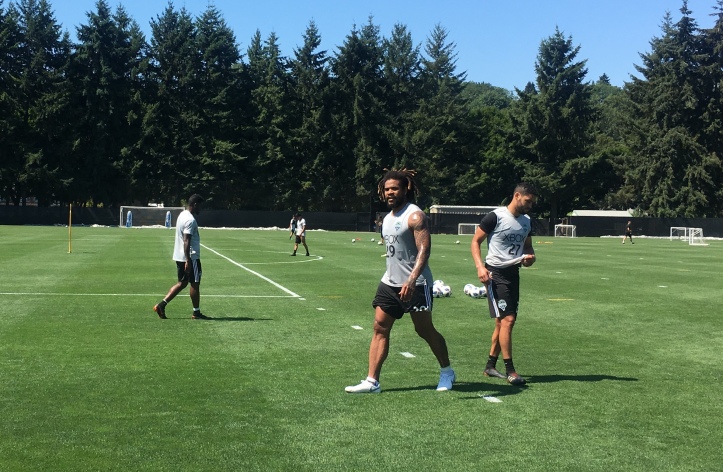