Lots of news today, but I did have time to head down to Starfire to catch Sounders’ practice. Last night was the close of the transfer window for the summer. And while the Sounders left some room for a last-minute move, in the end, the window closed without any other additions. 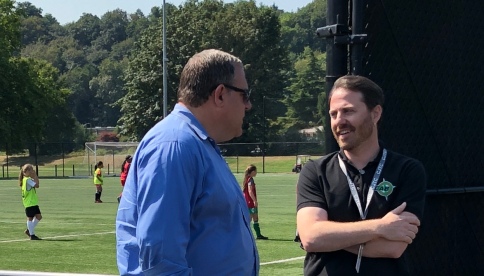 Sounders GM/President of Soccer Garth Lagerwey come out to address the media during practice. He was satisfied with the overall roster moves this summer, noting he believed they’ve created competition at every position. In a lengthy discussion, he went over the problems the team had during the start of the season, which included CCL, injuries, suspensions and the like. He also admitted the team lost confidence, and were perhaps reading the (negative) press clippings. But he’s happy with where the team is, and believes they’re poised to make a run.

As to the failure to sign Paulo Hurtado, Garth noted it was more of a numbers game, in that there was a set number the Sounders could offer, and when the Turkish team come in with a higher offer, there simply wasn’t anything they could do. A consolation is that he believes the Sounders can take that money and move it to the winter window for a DP signing.

On the field, Victor Rodriguez returned to practice, though he didn’t participate in any contact drills. Kim Kee Hee was fully involved, and it doesn’t look like he is suffering at all from the ankle issue from the game versus Minnesota.

New signing Brad Smith seems to have integrated himself well into the team, and is participating fully in training. Christian Roldan said that Smith is working well already with the group and noted his quality. There remains an outside change that Smith is available this weekend according to Garth, but next week against LA seems more likely. 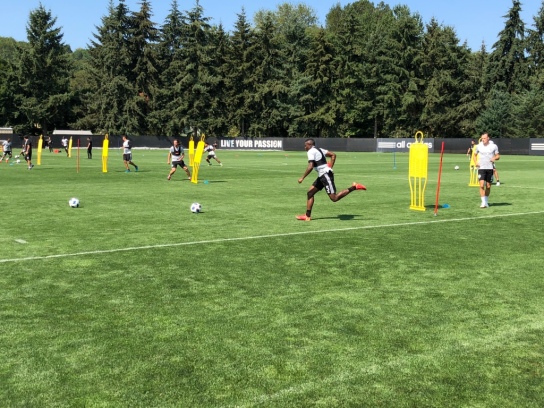 Beyond that, the team is about as healthy as they’ve been in a long, long time, with the exception of Jordan Morris (check back in two months), Rodriguez (day-to-day it seems like) and Clint Dempsey, who continues to work on the side. We’ll try to get an update on his status later this week.