After the couple of well-deserved days off, the Sounders returned to practice today as they await their opponent in the Western Conference semi-finals. MLS’ (somewhat odd) decision to hold the LAFC/RSL match until tomorrow means that the Sounders won’t know who they’re playing until late on Thursday, though that means their opponent will potentially have one less day of rest.

With the opponent still to be determined, the most noteworthy item from practice was Nico Lodeiro sporting a new blonde Eminiem/Super Saiyan/Megan Rapinoe look (pick your favorite reference). 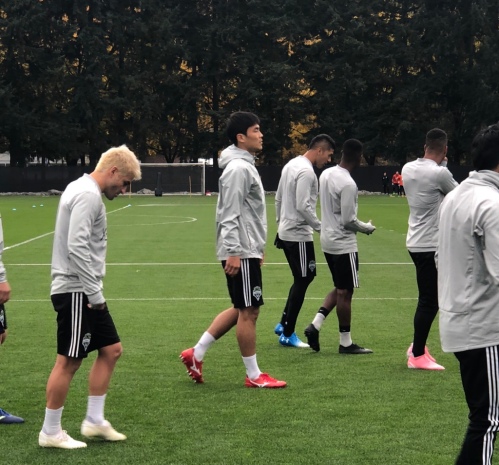 The benefits of not having to play mid-week were evident to Coach Brian Schmetzer. “We were able to actually get some good training in.” Schmetzer said. “I think they’re refreshed, mentally. I think it was obviously an emotional victory for them (versus San Jose).”

While getting the week off from the game was helpful to physical preparation, Schmetzer did note it can result in losing some momentum. “Sometimes when you’re, playing and playing and you in the thick of things and winning games, you just keep that momentum going; it helped us in 2016.”

As to the health status of the team, everyone who was previously healthy was out practicing, with the exception of Nouhou, who left the game early and Brad Smith. However, Schmetzer said that Nouhou was just given some time off. “All of the injured guys had a day off today, they’re all doing work in the gym.” Schmetzer said. “Brad’s close, very close. If later in the week you ask me that question, I’ll give you a more definitive answers, but Nouhou is definitely good for the game.”

The other bit of news was the reveal of the finalists for the end-of-season MLS awards. The Sounders have three players featured: Stephan Frei for goalkeeper of the year, Ozzie Alonso for comeback player of the year and Chad Marshall for defender of the year. Frei credited his defense for the accolade, and noted that he still wants to improve. “There can’t be any complacency or happiness with where you’re at.” Frei said. “You want to see your hard work transform into something, but you should never be satisfied.

The Sounders will continue their training for the rest of the week as they await news of their destination for the first leg of the Western Conference semi-finals on Sunday. 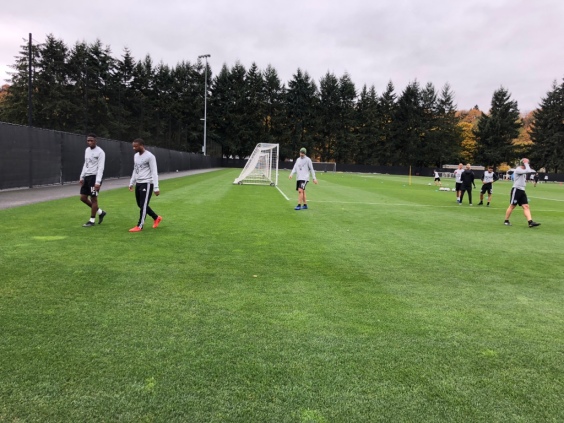