The Seattle Sounders begin preseason training on January 14, and there are still some notable holes for the team to fill–especially in defense. According to Sounders General Manager and President […]

By Miki Turner Posted on 1 month ago

The Sounders returned to the practice field in earnest over the past two days, having gotten some extended time off over the last 10 days or so with the International […] 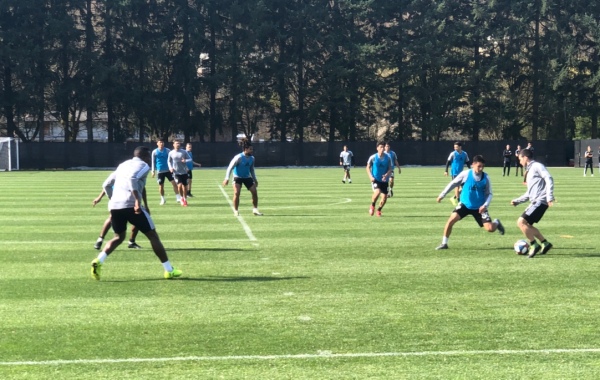 The last two days of training have definitely felt a bit different. Part of that can of course be chalked up to the Sounders being on a bye week. Another […]

Enjoy Your Weekend, and a Personal Update

I’m here at CenturyLink field, and I am taking in the game from a different view: The Press Box. I’ve been credentialed for the rest of the year, so I’ll […]

A relatively short practice today, as the team returns from a couple of days off. Nonetheless, there were a couple of newsy notes from training. First, both Will Bruin and […]

I suppose I’d be remiss if I didn’t have a brief comment on the news of the day. That came in the form of a motion filed by the State of […]