Just a couple of personal/media notes here. First, if you’re looking for a long form discussion keeping you up to date on the latest NASL/USSF/MLS legal happenings, I joined the Feuerstein’s […]

There are a couple of things I wanted to briefly comment on (but don’t necessarily warrant a full post at this time): GAMBLING: Chief among them, is the ruling from […]

We’ve had a pretty big change in legal strategy in the NASL v. USSF/MLS anti-trust case. As far back as October, USSF (then the only defendant) was angling to file […]

The responsive briefing from the NASL to the USSF motion to dismiss the Breach of Fiduciary Duty lawsuit is in, and there are a couple of notable accusations. Primarily, New York […] 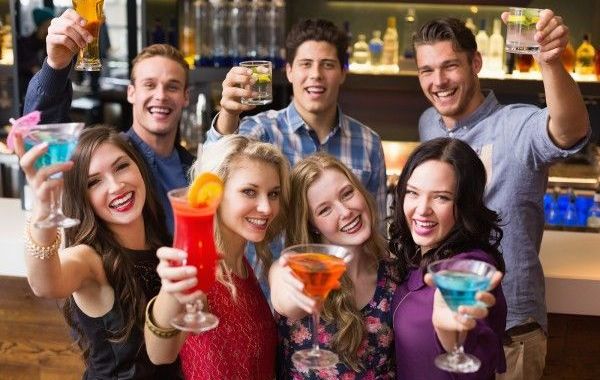 May 11th: Motion Day (Or: Worst Friday Happy Hour Ever)

If your idea of a fun Friday is pouring over motions in various lawsuits in the United States soccer universe, then May 11th is lining up as the best day […]

Out of the ashes of the scorched-earth legal proceedings involving the North American Soccer League, the United States Soccer Federation and Major League Soccer comes a glimmer of a path […]

Enjoyed being on the Pint After Podcast show with the guys. We took a break from discussing the #SaveTheCrew matters to get caught up on the USSF/NASL happenings (the USSF/MLS motion to dismiss is due today). Fun conversation; give it a listen! 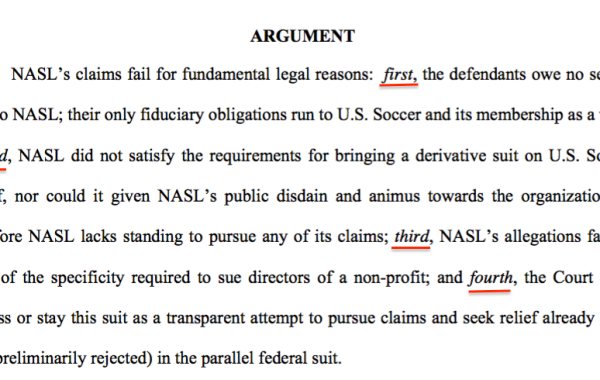 Note: You can read Part I here. Continuing the discussion on the U.S. Soccer Federation’s motion to dismiss the complaint filed by the North American Soccer League in New York alleging […]

Note: I’m going to end up breaking this up into two parts: The Facts (Part I) and the Law (Part II).  There are seemingly more lawsuits than professional leagues in […]

Well, that’s the last time I mock soccer and/or legal gods. The deadline was today for the US Soccer Federation to file their responsive documents in the New York State lawsuit filed by […] 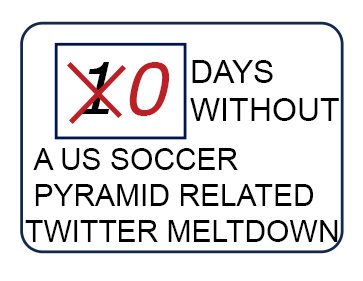 It seems we can’t go more than a few days without drama in United States Soccer. With prospective cities dropping out of the running left and right to be hosts for the 2026 […]

I’m not going through the entire thing, but since I’m a Seattle guy, I filtered out the major Seattle portions of the bid book. No word if the bid includes the […]

You can read Part I here. There’s likely to be a lot of news coming out this week in Lawsuit Land, so before I get overloaded between my actual work and […]

As I previously discussed, the NASL indicated that they would likely amend their federal anti-trust violation complaint. Well, they did that and then some, formally adding MLS as a defendant […] 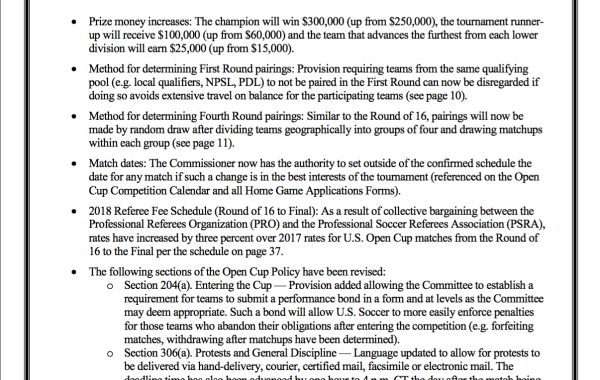 2018 US Open Cup Gets Some Upgrades

Off the legal track for a minute, but it looks like there are some changes in store for the 2018 US Open Cup. The piddly prize amounts have been raised […]