The Sounders returned to the practice field at Starfire for the first time in about 10 days, as last week’s road trip to Orlando and Houston kept the team away from home for an extended period. The team appeared in good spirits; not surprising after collecting six points in a four-day span.

There is good news on the injury front, Roman Torres has recovered from his knee contusion and returned to full training. Additionally, both Harry Shipp and Brad Smith are close to returning. “Harry will be in training Thursday,” Schmetzer said. “Brad’s very close behind; he’ll be in bits of training Thursday, but not all of it.”

The return of those players does prevent an issue as to how to reintegrate those players into a team that’s won four games in a row, as well as determining whether they’re fit to start games. “Those are tough questions that we’ll obviously have to discuss,” Schmetzer said.

Schmetzer also addressed the goals given up in both the Orlando and Houston games, which came after the Sounders were up 2-0 in both games. While he said there were things that the team could do to improve, he gave some credit to the opponents. “The team in Orlando didn’t quit; the team in Houston didn’t quit,” Schmetzer said. “I prefer to look at the positives, what our team accomplished this year after a horrendous start [to the season].” 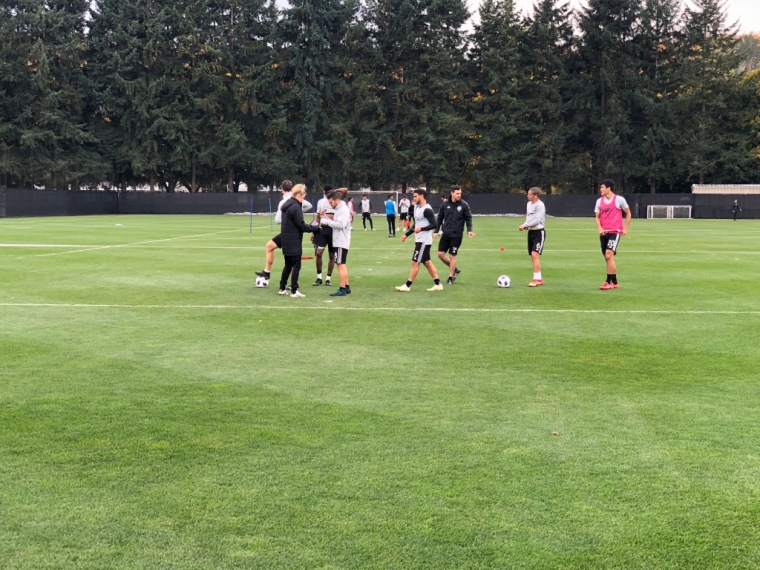 Turning to San Jose, Cristian Roldan noted the importance of the game especially in light of the potential seeding ramifications. “First, we need to win, second we need to start playing better.” Roldan said. “It’s a very successful road trip for us. In this league, it’s tough to win on the road and to do it back to back on short rest is a credit to the coaching staff, the players and even if we didn’t play at our highest level possible we’ll take the six points.”